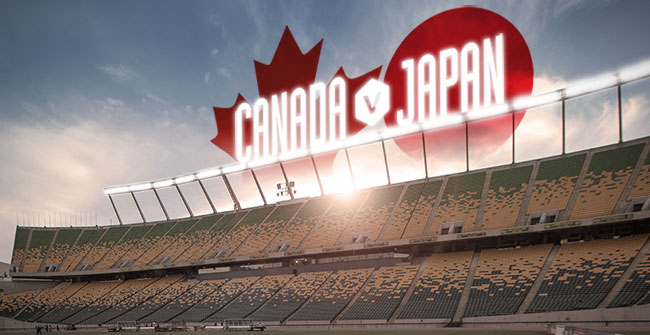 As announced earlier this year, Canada’s Women’s National Team will be hosting reigning FIFA Women’s World Cup Champion Japan for a pair of matches, the first of which will be played on Saturday, 25 October (kickoff 14.00 local time) at Commonwealth Stadium in Edmonton, AB.

Special group discounts of up to 30% are also available for groups of 10 or more. To secure group tickets, group organizers need to complete the Canada WNT v Japan (Edmonton) Group Order Form.

All ticket information is detailed on the event page at canadasoccer.com/canWNTvJPN_EDM.

Note that tickets for the second match of this series against Japan, which will be played on Tuesday 28 October in Vancouver, are also on sale. Details available at canadasoccer.com/canWNTvJPN_VAN.

Japan is one of the five nations already qualified for the FIFA Women’s World Cup Canada 2015™, finishing on top of the table in AFC Qualifiers. This match will be the first time the two teams meet since the 2012 London Olympic Football Tournament group stage.

Edmonton is one of the six Official Host Cities for the FIFA Women’s World Cup Canada 2015™ and will have the privilege of hosting the world’s largest women’s football tournament opening match on 6 June 2015.

Canada will play its first two group phase matches at Commonwealth Stadium in Edmonton and will count on a strong showing from the fans to help them progress in the tournament. Then, and in the preparatory matches to be played this fall, Canada’s Women’s National Team will aim to get ever closer to being Better Than Best in their quest to a greater goal.