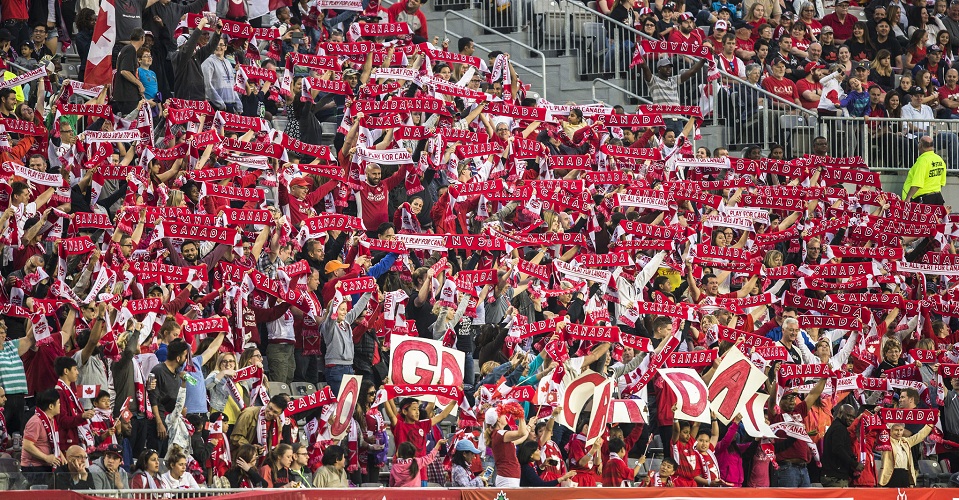 In celebration of International Women’s Day, individual tickets to the Canada v Germany Women’s International match on Sunday, 10 June at Tim Hortons Field in Hamilton will go on sale to the general public today, Thursday, 8 March at 10am ET / 7am PT, via Ticketmaster.ca and by phone at 1.855.985.5000.
The highly-anticipated match will feature two of the top-five ranked nations in women’s football facing-off in the next edition of what has become a highly competitive rivalry in recent years. The two sides recently met twice at the 2016 Rio Olympic Tournament as Canada earned a historic 2-1 victory led by Ancaster’s Melissa Tancredi who scored twice in the third match of the group stage. Germany would go on to defeat Canada 2-0 in the Olympic semi-final before capturing Olympic Gold.  Canada went on to win their second consecutive Olympic Bronze medal when they defeated home nation Brazil.
The 10 June match will serve as key preparation for Canada as it builds towards the all important 2019 FIFA Women’s World Cup Qualifiers in October 2018.

Ticket Information
Tickets to the match start as low as $20 (plus applicable fees) and are available via Ticketmaster.ca or by phone at 1.855.985.5000.
‘Me+3’ Offer
All fans will again be able to take advantage of a ‘Me+3’ offer in select sections. By purchasing three tickets in Price Category 2, fans will receive the fourth one free. The ‘Me+3’ ticket packages can be purchased directly via Ticketmaster.ca.
Group Ticket Discount Offer
Group discounts (10+ tickets) are available for this match, by organizing a group of 10 or more, fans are eligible to receive a discount of up to 30% off regular priced tickets. To submit a group ticket request, complete the group order form indicating the price point and quantity of tickets you are wishing to purchase here: Group Order Form. Ticket orders will be processed on a first come, first serve basis so organize your group, club, or team today.
Premium Seating
Tim Hortons Field Club Seats deliver premium amenities including climate control, lounge seating, and premium food and beverage offerings all from some of the best views in the stadium. Club seats can be purchased directly through Ticketmaster.ca.
Canadian Supporters
Canadian Supporters have been allocated dedicated sections in the East Stand at Tim Hortons Field. Fans wishing to sit in the Canadian supporter sections are encouraged to visit the Voyageurs website for more information and to purchase tickets through thevoyageurs.org. Please note that persistent standing will be permitted in these sections.
Visiting supporters will be located in the Southeast corner of Tim Hortons Field. Fans wishing to sit in these sections should select “German supporters” from the drop-down menu on the Ticketmaster event page.
For complete ticket information visit, canadasoccer.com/tickets.
Canada’s Women’s National Team recently completed play at the 2018 Algarve Cup wining three of their four matches to finish in fifth spot at the annual international soccer tournament.
Fans can follow Canada’s journey on the road to the FIFA Women’s World Cup France 2019™ across Canada Soccer’s digital channels including CanadaSoccer.com, Facebook, Twitter, and Instagram.