The return leg is Wednesday 29 June at BC Place in Vancouver, British Columbia, with the Voyageurs Cup to be awarded at the end of that night to the team with the most goals scored in the series. The match will be broadcast live on TSN at 22.00 ET / 19.00 PT.

Giovinco was Toronto’s player of the match, scoring his second career Championship goal in the 43rd minute (with an assist from Canadian Molham Babouli). In goal, Clint Irwin posted his second consecutive clean sheet in the Championship, making notable saves against Octavio Rivero (a header in the fourth minute) and Kendall Waston (a deflection in the 70th minute).

“I think we are really organised back there,” said Irwin. “We have a really good understanding amongst the back four and the guys in front where we want to force teams and how we want to defend. We have just been solid back there and it has made my job easy. We have good communication and as much as we can we will continue to do that and we will look to do that in the second leg.”

Vancouver’s player of the match was Ben McKendry, making his second career start in the Championship. McKendry was one of nine Canadians that featured in the match, with Fraser Aird, Samuel Adekugbe, Russell Teibert and Alphonso Davies also starting for Vancouver while Babouli, Will Johnson, Jonathan Osorio, and substitute Jordan Hamilton all featured for Toronto.

“It’s huge,” said McKendry of Canadians playing in this competition. “I take great pride in playing for the Whitecaps and especially this tournament, too. I watched the Amway Canadian Championship growing up, so it’s pretty special to be able to play in it now.”

Of note, McKendry’s teammate Teibert played in his 16th career Championship match, a new record for the competition.

“t’s great playing with Rusty in there,” said McKendry. “He’s an incredibly hard worker and for me he was communicating and keeping me calm out there.” 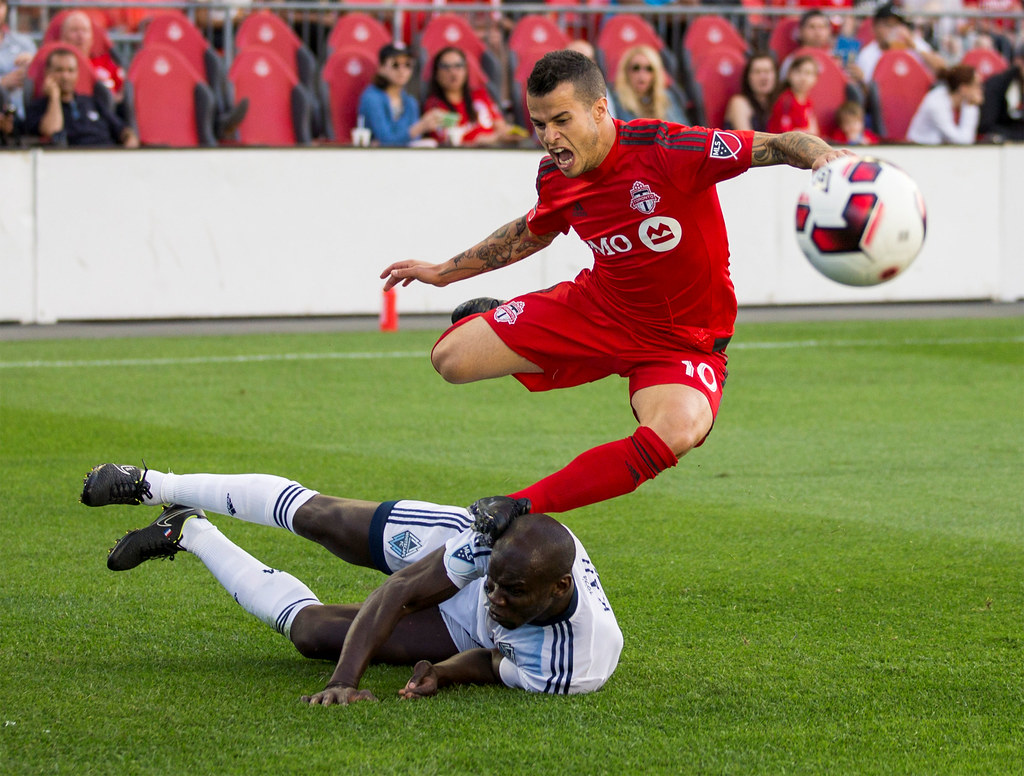