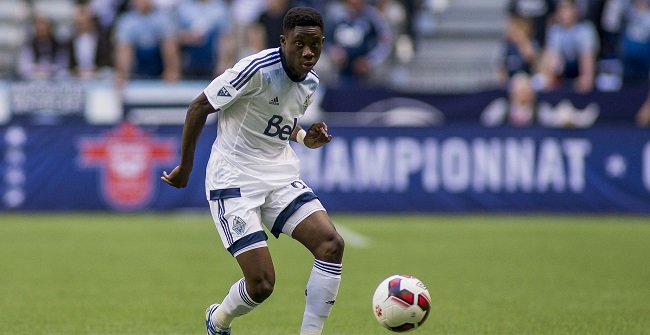 The final of the Amway Canadian Championship is set as Vancouver Whitecaps FC look to secure their second straight Voyageurs Cup against the competition’s winningest team Toronto FC in a two-legged final scheduled for 21 June in Toronto and 29 June in Vancouver. Four-time champions Toronto FC defeated Impact Montréal FC 4:2 on aggregate while the Whitecaps, who won for the first time in 2015, held off a gritty Ottawa Fury FC 3:2 on aggregate. For the Fury, it was their first trip to the semi-final of the Amway Canadian Championship after defeating NASL compatriots FC Edmonton in the preliminary round.

“The first two rounds of the Amway Canadian Championship have provided exciting moments for Canadian soccer fans,” stated Peter Montopoli, Canada Soccer General Secretary. “We look forward to the Final round between Vancouver Whitecaps FC and Toronto FC and are certain that both teams will deliver thrilling action at BMO Field and BC Place and to television viewers across the country.”

The midweek competition gives fans an added opportunity to not only see their team play against Canadian competition, but, also to see some of Canada’s top players who participate in MLS. With the addition of Will Johnson to the Toronto FC lineup Wednesday and Julian de Guzman to Ottawa Fury FC, a total of 36 Canadians have dressed this year including Toronto FC’s semi-final first leg man of the match Jordan Hamilton and Vancouver Whitecaps FC’s Russell Teibert, who is tied for the competition’s leader in games played at 15 and the most recent George Gross Memorial Trophy winner in 2015. This season also saw 15-year-old Alphonso Davies become the youngest player and starter to appear in an Amway Canadian Championship match for Vancouver Whitecaps FC.