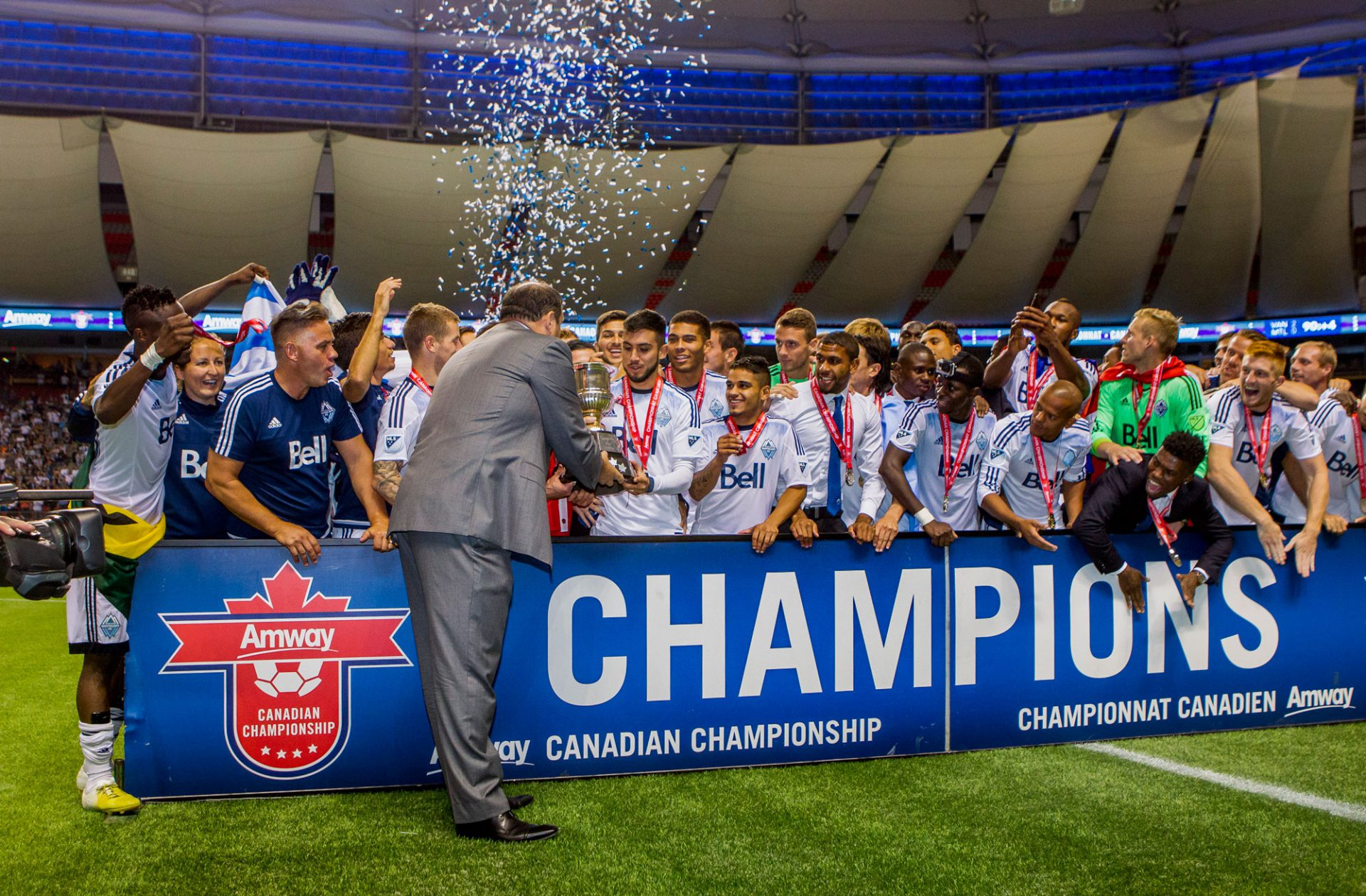 Five times a runner up, historic club Vancouver Whitecaps FC won the 2015 Amway Canadian Championship after a 4-2 aggregate win in the national final.

At last, Vancouver have won their prize. Five times a runner up, historic club Vancouver Whitecaps FC won the 2015 Amway Canadian Championship after a 4-2 aggregate win in the national final.

The Whitecaps now have their name engraved on the Voyageurs Cup for the first time. They’ve also booked a spot in the 2016/17 edition of CONCACAF Champions League.

“We put on a thoroughly-professional performance this evening in a big game,” said Vancouver Whitecaps FC head coach Carl Robinson. “We hadn’t won this trophy and I kept getting reminded. So (while) we tried to down play it a bit, it was a massive game for the club.”

The Whitecaps lifted the trophy after a 2:0 win at BC Place on 26 August in the return leg of the 2015 Amway Canadian Championship final. The first leg was a 2:2 draw on 12 August at Stade Saputo in Montréal.

Canadian midfielder Russell Teibert was named the George Gross Memorial Trophy winner as most valuable player of the championship. Both Teibert, 22, and teammate Gershon Koffie, 24, have played in a record five editions of the Amway Canadian Championship (tied with Toronto’s Doneil Henry).

“It is hard to put into words,” said Teibert of winning his first title. “I have been here for so long and we have had so many heartbreaks with this tournament. It’s about time we won it for the fans and for the club. It’s an unbelievable feeling.”

After Darren Mattocks and Pedro Morales scored in the first leg on 12 August, Octavio Rivero opened the scoring in the 40th minute of the second leg. Rivero was on the spot to guide the ball over the line after Cristian Techera intercepted an errant pass and fired a shot that trickled past the goalkeeper.

Unfortunately, Montréal had already been reduced to 10 men after Argentine debutant Victor Cabrera was shown a second yellow card in the opening 30 minutes.

Up 3-2, Vancouver scored a fourth series goal for good measure in the 53rd minute. This time, it was rookie centre back Tim Parker heading home a Pedro Morales corner kick.

“We talked about this game all week: how the fans and the organisation really deserved it,” said Parker. “This is a great feeling.”

The 26 August match drew 19,616 fans at BC Place, the seventh biggest crowd in the championship’s short history since 2008. Before winning the 2015 title, Vancouver had finished in second place five straight years from 2009 to 2013.

As for Vancouver coach Carl Robinson, he became the first person to lift the Voyageurs Cup as both a player (2009 with Toronto FC) and head coach (2015). All the other Vancouver players and staff were lifting the trophy for the first time in 2015.

In the final, coach Robinson featured a 4-2-3-1 lineup, with David Ousted in goal, Steven Beitashour at right back, Kendall Waston and Tim Parker at centre back, Jordan Harvey at left back, and Russell Teibert, Gershon Koffie, Cristian Techera, Pedro Morales, Kekuta Manneh, and Octavio Rivero from the midfield up through to the attack.

Montréal, meanwhile, started with Eric Kronberg in goal, Danny Toia at right back, Laurent Ciman and Victor Cabrera at centre back, Ambroise Oyongo at left back, Calum Mallace, Marco Donadel and Nigel Reo-Coker at midfield, and Johan Venegas, Dominic Oduro and Justin Mapp up front.