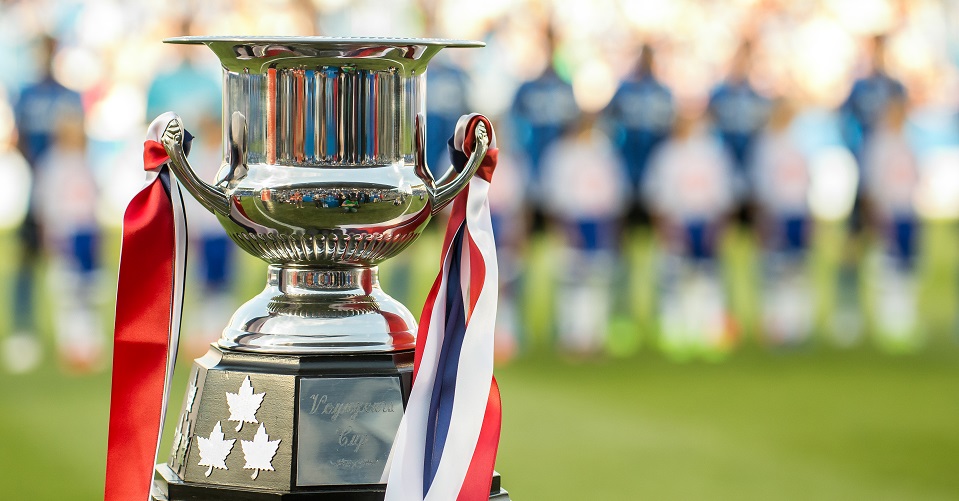 Toronto FC will host the Montreal Impact in the second leg of the Canadian Championship Final Tuesday, June 27 at BMO Field in Toronto. Despite a 1-1 draw in the opening leg, Toronto lead the two-game aggregate score series with an all-important away goal.

With Tuesdays match now sold out and standing room tickets having been released, the 10th Anniversary Canadian Championship Final is certain to be a memorable match as the two rivals vie for the national title.  Fans coast to coast will also be able to catch the action live on TSN 1, 3, 4, and 5 and RDS, the Canada Soccer’s official broadcaster.

“I like that rivalry aspect, I like that it’s a little bit unfriendly,” said Toronto FC Coach Greg Vanney. “It becomes you and your team, and us against them and I think that’s what it should be about. That’s why these rivalries are so special. I don’t think either team wants to give an inch in this rivalry. Whenever rivalry teams play each other in meaningful matches it just adds to the storyline of the rivalry. The emotion continues to build.”

Despite having given up a home goal, the Impact are looking forward to giving Canadians a show on Tuesday, leaving nothing behind.

“I think that it’s going to be a game (next Tuesday) where it’s a Final and we’re still in it,” Montreal Impact Mauro Biello said last week.  It’s a rivalry for sure.  Going into Toronto, there will be 30,000 fans there screaming and we’re going to try to spoil the party.”

With a Championship and the potential to represent Canada on the international stage, the second leg of the final is likely to be as intense as the opening leg played in Montreal last week.

“The Canadian Championship shows which team is the best in Canada,” said Impact and Men’s National Team player Patrice Bernier. “It’s like in every other country, we want to show that we are the best. And we know where this can bring us, up to the CONCACAF Champions League in which we went to the final and this an experience we want to live again.”

The addition of a new Canadian Content rule requiring a minimum of three Canadians to start for each side ensures the rivalry will be on display between Canadians, who will come together following the match for Gold Cup preparations.

For now though, each squad is focused on its goal of hoisting the Voyageurs Cup.

“It was intense,” Toronto’s Raheem Edwards said of the first leg. “It was back and forth, both teams wanted to score. It’s 1-1, that what we wanted, or a win, obviously, but we’ll take it back to BMO [Field].”