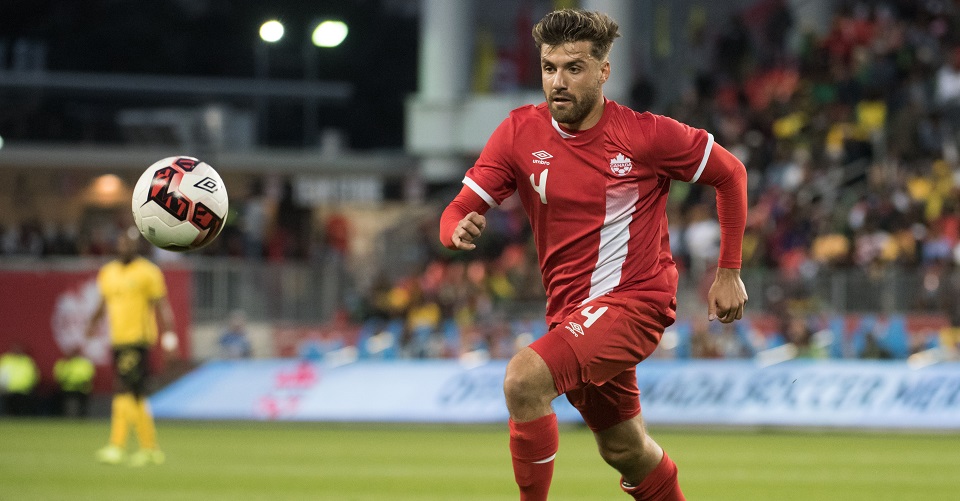 Canada will open their 2018 calendar in a Men’s International Friendly match against New Zealand this 24 March in San Pedro del Pinatar, Murcia, Spain. The […]

Canada will open their 2018 calendar in a Men’s International Friendly match against New Zealand this 24 March in San Pedro del Pinatar, Murcia, Spain. The Saturday soccer match will mark the start of a new era under newly-appointed Head Coach John Herdman.

“There is a good mood in the group and overall it has been a great experience for everyone involved, so we have a sense of what this group is capable of doing,” said John Herdman, Canada Soccer’s Men’s National Team Head Coach. “You can get a sense of how much they care and you can see that there are guys here that are super hungry to take Canada somewhere they haven’t been in a long time.”

It has been a short international window for the Canadian team, with players arriving from their professional clubs at the start of the week. The squad has been focused on establishing their plans, methods, and relationships with a long-term vision towards qualification for the 2022 FIFA World Cup in Qatar.

“It’s a fresh start and it’s a clean slate for everyone,” said centre back David Edgar. “Everyone is fighting for their position and fighting for the shirt that we are so honoured to wear.”

While Saturday marks the first match on Canada’s new journey, the team and players have been hard at work establishing a new high-performance culture and identity since Herdman’s appointment in January.

“We are developing an identity,” said forward Tosaint Ricketts. “We feel that if everyone buys in and pushes the culture that we are trying to instill, then it can only be positive for Canada. This is just the first match and we are looking for a result, but we are also looking to show our passion and cohesiveness. It’s a good start against a good side and the boys are excited.”

The match against New Zealand will provide Canada with an opportunity to prepare for those bigger matches in the future.

The 2018 match will be the first meeting between the two sides since a Canadian tour back in 1980. Canada won both of those matches against their Oceania opponents. Herdman is familiar with the New Zealand program having once made his home in New Zealand, holding the position of Director of Football combined with the Women’s National Team Head Coach where he earned New Zealand Coach of the Year honours in 2006 and 2008.

Incidentally, the match provides a coaching debut for both National Teams, with Herdman in charge of Canada and Fritz Schmid in charge of New Zealand.

“We have to expect  the unexpected and be ready for that,” said Herdman. “What we can control is our identity and we will need to have commitment from our players in key moments in the match.”