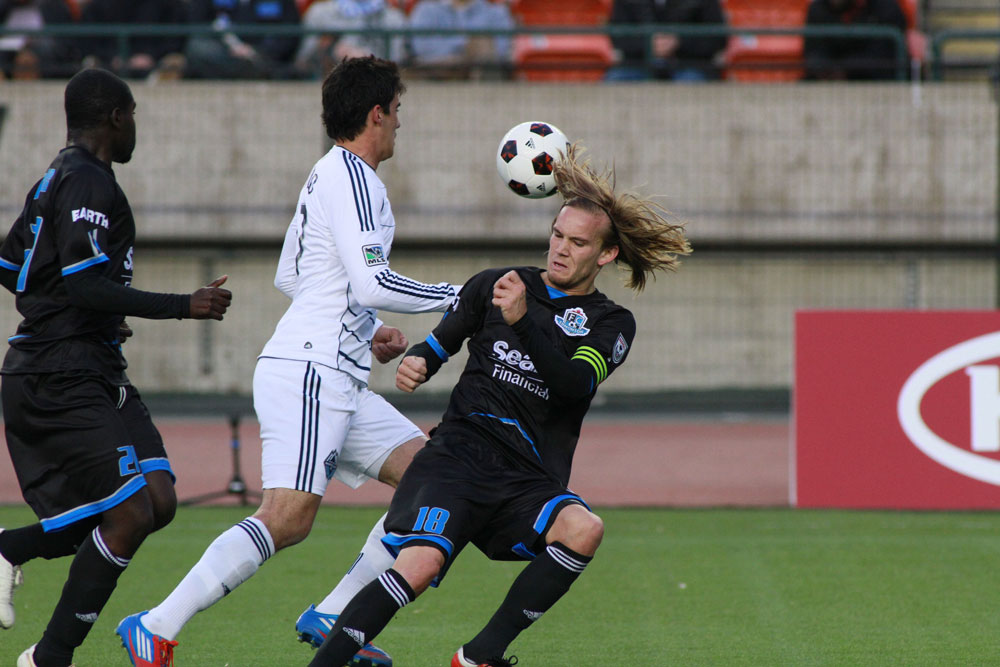 Whitecaps FC picks up opening win away to FC Edmonton

Whitecaps FC win 2:0 away over FC Edmonton on 2 May.

Strong right from the opening whistle, Whitecaps FC created several chances in the first 10 minutes. In the sixth minute, Davide Chiumiento was unlucky to hit the crossbar. After 10 minutes, however, FC Edmonton started to push back and pulled itself into the game. Just as the host’s confidence started to build, however, Hassli opened the scoring in favour of the visitors.

Hassli scored in the 19th minute after taking a pass from Omar Salgado.

A second goal was scored just over 20 minutes later in the 41st minute. This time, Salgado’s cross hit the far post and bounced back. Fortunately, Harris was in the right position to pick up the rebound and tap it into goal.

FC Edmonton goalkeeper David Monsalve was called to make more saves in the second half, but did not concede again after the Whitecaps’ second goal. The match ended in a 2:0 victory for Whitecaps FC.

In the first half, coach Harry Sinkgraven was forced to make one change, replacing injured Barthélémy with Matthew Lam (21′). In the second half, Sinkgraven replaced Porter with Paul Craig (77′) and Oppong with Chris Kooy (84′).

In the second half, coach Martin Rennie replaced Harris with Michael Nanchoff (70′) and Hassli with Long Tan (78′).

The 2 May match was played at Commonwealth Stadium in front of 3,700 fans. Players of the match were Omar Salgado of Whitecaps FC and Paul Hamilton of FC Edmonton.