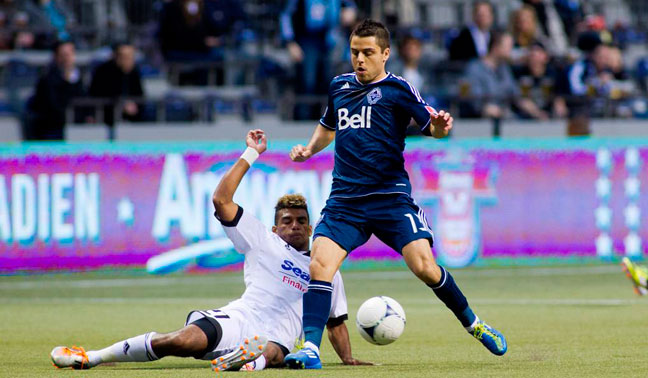 Vancouver Whitecaps FC have won the top seed for the 2013 Amway Canadian Championship, finishing first amongst the three Canadian teams in the 2012 Major League Soccer standings. Whitecaps FC finished first with 43 points after a 0:0 away draw with Real Salt Lake on Saturday 27 October; Impact Montréal finished second with 42 points after an 0:1 loss to the New England Revolution.

The 2013 Amway Canadian Championship features a one-vs-four and two-vs-three semi-final format. The four semi-final matches will be played on 24 April (first leg) and 1 May (second leg). Each home-and-away semi-final series will advance the team that scores the most goals over two matches. Vancouver Whitecaps FC will face FC Edmonton while Impact Montréal will face Toronto FC.

The 2012 Major League Soccer season officially came to a close on Sunday 28 October, with Toronto FC falling 0:1 away to the Columbus Crew. Standings between the three Canadian clubs were Vancouver first, Montréal second and Toronto third. FC Edmonton of the North American Soccer League (second division) are classed as the fourth team in the 2013 Amway Canadian Championship rankings.

The two home-and-away final-series matches will then be played on 15 May (first leg) and 29 May (second leg). The champion will qualify as Canada’s representative for the 24-team CONCACAF Champions League competition, from which the 2013-14 CONCACAF champion then qualifies for the FIFA Club World Cup in 2014.