Will Johnson scored a dramatic last-minute winner as Toronto FC won the 2016 Amway Canadian Championship title, their first Canadian title in four years. Johnson blasted the winning goal in the fifth minute of added time after a Vancouver collision dropped the ball into his path.

Toronto FC are now five-time Canadian champions, having lifted the Voyageurs Cup in four successive seasons from 2009 to 2012. They won this year’s Amway Canadian Championship after knocking off Impact Montréal FC in the semifinals and Vancouver Whitecaps FC in the final. Toronto FC won the 2016 title on account of Johnson’s away goal, the tie-breaker from a 2-2 final series.

Toronto FC won the first leg 1:0 at BMO Field in Toronto, with Sebastian Giovinco the goalscorer in the 21 June opening leg. Whitecaps FC then outscored Toronto 2:1 in the second leg on 29 June at BC Place in Vancouver, with Nicolás Mezquida, Tim Parker, and Johnson the three goalscorers. Vancouver were moments away from celebrating their second consecutive title before Johnson turned the Championship on its head.

Up to that last moment, Toronto FC remained undeterred in their pursuit for a winner. In the build up to the winning goal, Justin Morrow won the ball deep in his own end before moving the ball quickly to Marky Delgado, Will Johnson and Tsubasa Endoh. Endoh’s ball into the box dropped after a Vancouver collision between Kendall Waston and David Ousted, with the ball falling into the path of a streaking Johnson.

The 29-year old Canadian Johnson, in his first season with Toronto FC, scored his incredible Championship winner in full flight, one-timing his left-footed shot into the Vancouver goal.

After a scoreless first half in the 29 June finale, Vancouver substitute Mezquida blew fire into the final with the first goal of the evening in the 47th minute – less than two minutes after he entered the game. Vancouver then took the series lead in the 68th minute after Parker chested a ball to his feet and scored what could have been the Championship winner.

Vancouver had one more chance to score, with substitute Blas Pérez fighting off debutant Raheem Edwards before firing a low shot that hit the far post in the 91st minute. Young forward Edwards may have done just enough in his defensive pursuit to unbalance the dangerous Pérez who could have put the series away.

Four minute later, it was fullback Morrow who won his defensive challenge to set the play in motion towards Johnson’s winning goal. 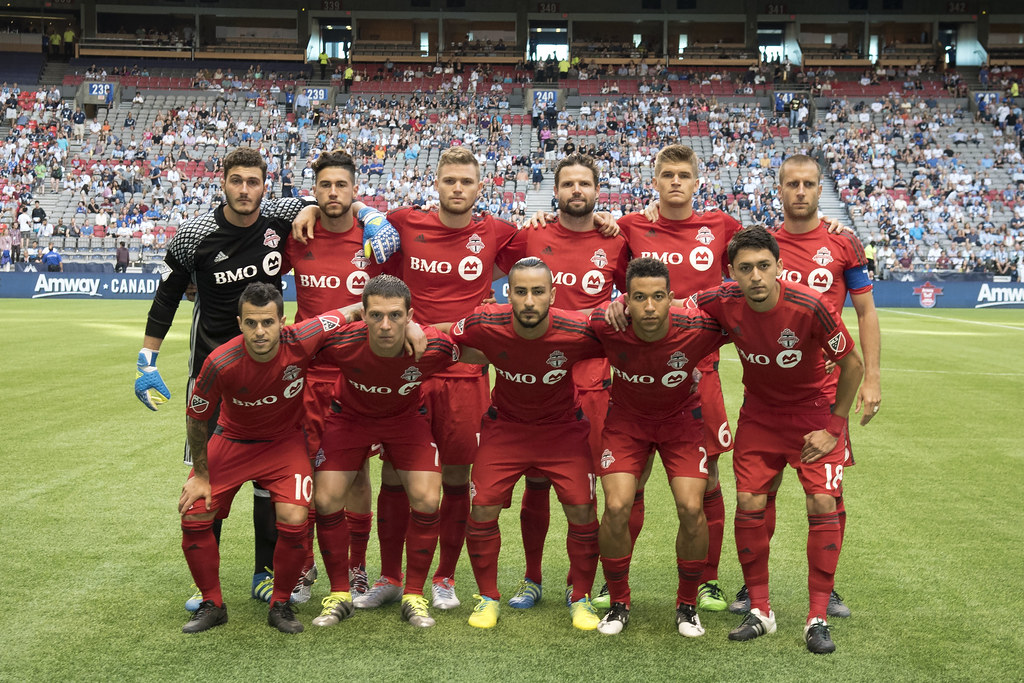 “I’d like to thank the Canadian Soccer Association and Amway for a great event as well as Vancouver Whitecaps FC for being a phenomenal opponent,” said Toronto FC head coach Greg Vanney after the victory. “It was just two teams that battled all the way to the wire and we were fortunate enough to make a big play at the end that gave us the result.”

Over the course of this year’s five-team, eight-match competition, this 2016 Championship set a new record with cumulative 114,360 spectators. Attendance for the final leg at BC Place was 19,376. Television audience was also up for the semifinals and finals, with this the first year of a new broadcast partnership with TSN. The 29 June finale was broadcast live on TSN1 and RDS.