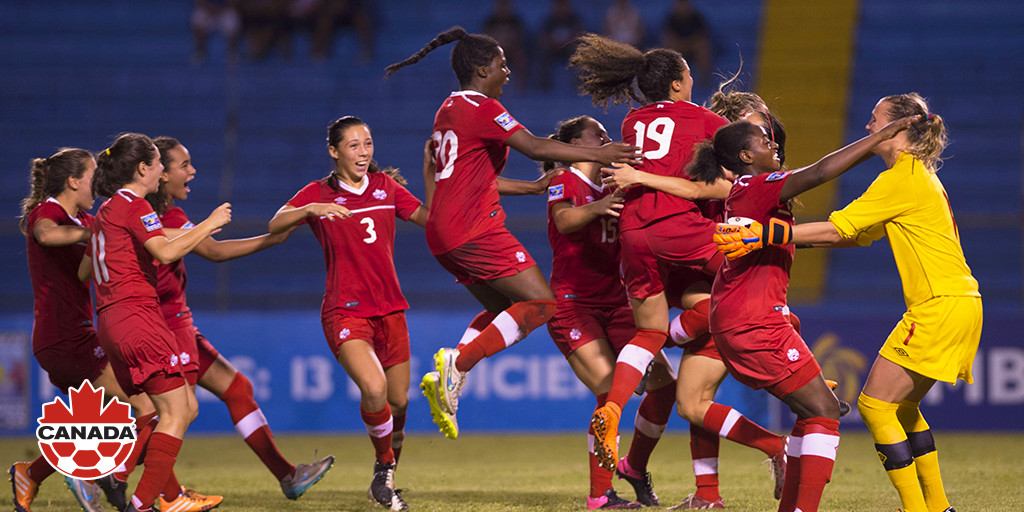 Canada enjoyed another important year through player development from the Canadian national youth program. The highlight of the calendar year was the seventh qualification for the FIFA U-20 Women’s World Cup finals. The qualification ensures at least three more important international youth matches for the 1996-age group at next year’s Papua New Guinea 2016 finals.

In 2015, both men’s and women’s youth teams assembled for 267 camp days and 5,789 cumulative player days over 28 national youth projects. In all, 382 different players were featured in the Canadian national program, from official competitions to youth identification camps. On the men’s side, youth prospects from all five Canadian professional teams were featured. Added to the women’s side, an additional 65 players were featured in the REX program (along with the 17 that wore Canada’s colours during the year).

On the women’s side, Canada finished fourth at the Pan American Women’s Football Tournament (U-23s) and second at the CONCACAF Women’s Under-20 Championship. In that last tournament, Canada qualified for the FIFA U-20 Women’s World Cup Papua New Guinea 2016 – the seventh time Canada has qualified for this competition (out of eight editions).

Petrasso scored four goals and two assists in 10 competitive international youth matches while also making his first team debut in the Championship with Queens Park Rangers of London, England. Fleming was Canada’s youngest player at the FIFA Women’s World Cup Canada 2015, still young enough to participate in next year’s FIFA U-20 Women’s World Cup Papua New Guinea 2016 (even though she missed the qualifiers to be with the Women’s National Team in December).

As for the 2015 highlight moment, indeed Canada’s Papua New Guinea 2016 qualification came in the final month of calendar year. After winning their group, Canada battled to a 0:0 draw with Mexico in the semi-final, then won 5-4 on kicks to qualify in high drama.